I took a bit of a break from writing as I’m back to school and my life is now crazy again… On the bright side, I’m so glad to share my highlights of Day 3 with you!

In the morning, my family and I went to get breakfast at the Ruby Slipper. There are multiple locations for this breakfast and lunch restaurant, but this location is especially interesting because it used to be an old bank. The crazy thing about it was that the bank was robbed by Bonnie and Clyde and was their last robbery before they died. Our waitress showed us the holes in the outside of the building that are rumored to be bullet holes from the robbery. 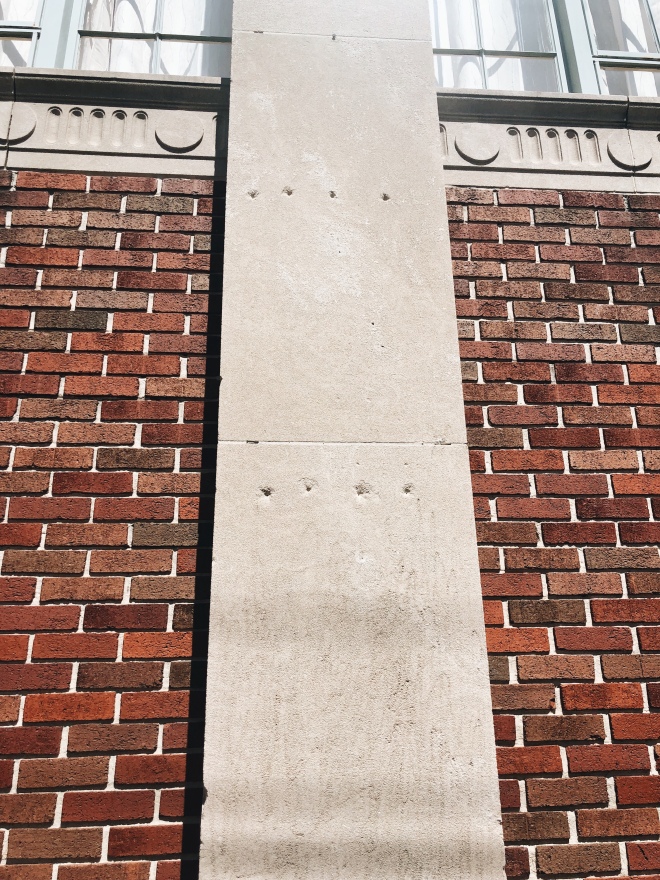 In addition to the dramatic backstory, the breakfast food was amazing! I got their cinnamon pancakes with a vanilla cream cheese frosting spread which I loved. It was light, sweet, and perfect for the morning. There were a ton of classic southern breakfast items on the menu as well such as eggs, grits, and fried green tomatoes.

After walking around the French Quarter for a little, we went back to our Air B and B to get ready for our Bayou tour. If you don’t know what a Bayou is, they are the swamps of Louisiana. This state is known for their swamps as they have alligators, snakes, and even wild pigs that roam the waters. We decided it was worth checking out. The company that gave us a tour was called Cajun Encounters, in Slidell, LA. They’re a large company and had at least a hundred people waiting for their tour by the time we got to the Bayou. The experience was interesting overall as we learned a lot about the Bayou ecosystem. Sadly, we didn’t see any alligators because in March, it’s not warm enough for alligators to come out of hibernation. It’s very rare that you see them in that until April so if you go on a swamp tour, I highly suggest that you wait until after March!

Our last stop of the day was at a seafood shack called Kenney Seafood. It’s far from fancy, but if you’re looking for some fried seafood, it’s the perfect place to be. You could choose between combinations of crawfish, shrimp, oysters, and more. I had a mixture of fried shrimp and crawfish which was so delicious. You can also get sides of fries, coleslaw, chowder, and other sides.  There was a plaque on the wall which  showed the waterline of where water flooded the restaurant during Hurricane Katrina. It was shocking to me because the plaque was about 5 1/2 feet above the floor. This day opened my eyes to the horror and destruction that Hurricane Katrina made. Even as we were on the swamp tours, we saw houses that were built on the Bayou, where residents resided in their day-to-day lives. During Katrina, almost all of them were destroyed, and because they were built on the Bayou, it was impossible for them to get house insurance. Many people rebuilt their houses from scratch or abandoned the scraps completely. We saw multiple houses that were flat as pancakes, forgotten by the owners. It was eye opening to see the  remaining destruction from the hurricane as it happened when I was eight, and I wasn’t there to experience and understand the horror of it myself. 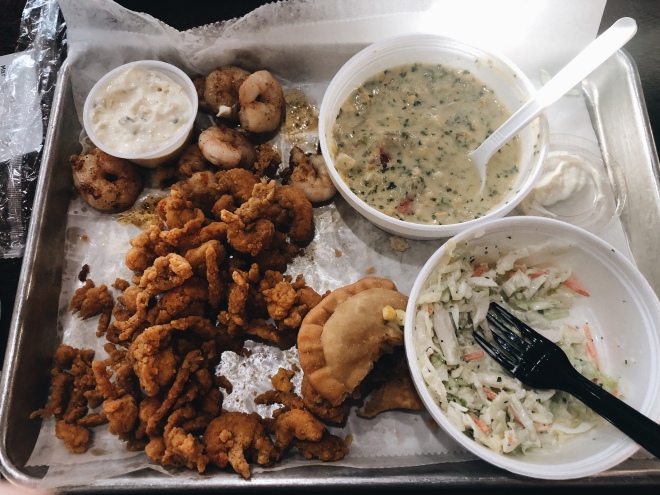 Overall, it was another great day of exploring Louisiana. Not only did I learn a lot, but I was able to see the world from a deeper perspective. I hope you enjoyed and I cannot wait to share more of my adventures with you!

There was an error retrieving images from Instagram. An attempt will be remade in a few minutes.